At this time of year, when many juniors are continuing their unofficial visits to colleges and getting to know the coaches at schools of interest, the topic of an “early read” often arises in discussion along with many questions about what that means for recruitment.

Following is information to help understand how an early read may fit into the college search and commitment process.

An “early read” is oftentimes referred to as a “soft read” or “pre-read”. In essence, getting an early read is a process in which a coach takes a recruit’s current academic information and presents it to an Admissions liaison to get a sense (a non-committal statement) of the likelihood of the player being admitted to the school. In some cases, an early read may go further to provide recommendations or benchmarks to improve a student-athlete’s status for acceptance to the school. Admissions looks at the most up to date transcript to assess whether the student has acceptable grades and the preferred course rigor. They’ll also assess any positive or negative trends with grades. Standardized test scores are also needed to get a reliable early read, Even some “test optional” schools will request test scores for the early read even though the player may not ultimately submit those scores. The player is then categorized as a student who is “likely” to be a strong candidate for admission, is a “possible” candidate for admission depending on continued development in all of the areas, or is an “unlikely” candidate for admission, even with improvement in all of the stated areas. A final read resulting in an official decision is only done when the student actually applies and the “official” transcripts and information are submitted directly to the college with application.

Coaches will generally offer an early read to a priority recruit (a player in their top tier of recruits who is deemed to be good candidate to contribute in the starting line-up) who is expressing strong interest in a school/program and is earnestly contemplating a binding ED (Early Decision) application or early verbal commitment. When a coach who appears interested has not offered an early read, recruits may ask the coach if their school offers early reads and, if so, whether that coach is willing to submit his or her information for an early read. Some coaches will only be allowed a finite number of early reads, so not every interested party may be granted one.

Early reads are customarily done at the end of a player’s junior year, when his or her transcript through the full junior year can be reviewed, and at a point where many recruits have completed their standardized testing. In some cases, a coach may request the early read information in the late spring of the junior year. Some early reads depend on the ability of Admissions office to spend time on this work. Many college Admissions offices are more able to do these reads over the summer when school is out of session and, depending on the school, the amount of time to receive an answer varies widely. In some cases, it may be a matter of days, and in others, a matter of weeks.

Generally, in order to initiate an early read, a coach will need the following items: a player’s unofficial academic transcripts from freshman through junior year, a copy of their standardized test results, their senior year class schedule, and the profile of the high school the player attends. (All schools have a school profile which can be attained from the guidance counselor or school’s main office). Coaches may also ask for additional items as needed.

With a positive early read, a coach and player can move forward in recruitment with a positive and somewhat sound sense of the eventual outcome of admission. For a priority recruit, a coach may make a verbal offer or commitment for a spot on the roster knowing the high likelihood of that player being admitted. If a student accepts that verbal offer, the expectation is for the student to apply ED and cease further recruitment opportunities with other schools. If a student does not make a formal early commitment, the early read still helps in the assessment and narrowing of his/her college list, making it easier to omit schools of lower interest and focus in on the top few priority choices with confidence that one will have a good chance of working out.

If an early read comes back as “possible” or “middle of the road”, a recruit can still move forward knowing that he or she is still in the active pool of consideration. With improved performance academically (strong first quarter grades in Grade 12 and/or improved standardized test results), and a display of strong interest or commitment to the school (usually shown through a binding ED application), the coach may continue to advocate to Admissions for that recruit as someone who is likely to contribute to the program. There is no need to abandon recruitment with this type of read, but continuing down the road with other school/programs of interest is a must until a change in status is noted, or a player decides when and where to apply.

In the case of an early read that shows an unlikely chance to be admitted, chances of admission are slim and the player should focus their efforts on schools where their admission chances are better. In extremely rare cases when a negative early read happens in the spring of the junior year and a recruit makes dramatic progress with grades and tennis, an unlikely read might take a more optimistic turn and eventually work out. But in almost all cases, an unlikely early read does not translate to admission in the end.

It is important to remember that these early reads are not formalized or “official” answers with regard to the application status. An Admissions office may only give a firm and unwavering acceptance after the student has officially applied, has the official information submitted from the school and testing sources, and replies directly to the student (not just through the coach) about formal acceptance. Several elements may come into play in the official acceptance process that were not factored in with the early read assessment. For instance, when schools are doing early reads, they are not reading completed applications that include the application essay(s), letters of recommendation from teachers, or any other supplemental information outside of the recruits’ transcripts and test scores. Other factors such as the size of final application pool, the quality of the application pool and other students (non-athletes) from a recruit’s same high school who apply with potentially stronger overall academic profiles are hard to predict at the time the early read is done. While an early read may provide some valuable information with regard to a broad sense of a student’s expected status, it does not reflect the whole picture or final answer in the process.

Somewhat less common than the early read is the more advanced level of reassurance that some schools offer in the form of a “likely letter” or “letter of understanding.” This often happens in the fall of the senior year after the player has not only verbally committed to a coach, but has actually submitted the application to the school. It does bear repeating that the official acceptance letter is the only thing that is 100% assured, but the likely letter is generally consider a very reliable indicator of acceptance.

While early reads seem like a very useful part of the process, there are some drawbacks to be aware of. When student-athletes put too much reliance on an early read, they may gain a false sense of confidence in the outcome and lay off further development of their academics and tennis which may jeopardize their expected acceptance. Even when there is coach support for admission, and an early read and/or a verbal commitment is made, admittance must not be taken for granted. It is important for a recruit with a positive or neutral early read to not let grades markedly decline, avoid diminishing the rigor of the course load, and steer away from any disciplinary issues. In the case of any of these developments, an Admissions office still has the option to deny or waitlist that student, regardless of a positive early read or verbal commitment. While that scenario does not happen often, it has happened on occasion. All in all, a student maintaining his or her level of grades, course rigor, and good disciplinary standing is often enough for everything to go as expected.

Positive early reads can also sometimes increase the pressure from a coach to have a player commit to a school/program early in the process. A recruit may face that pressure before they feel they have finished their due diligence with other schools and before they feel ready to make a firm decision. On the flip side, a less than firm or positive early read can sometimes discourage a student-athlete about pursuing a school or program where there may be a potentially really good fit/match, and there is still a decent chance to be admitted in the long-run.

It is important to know the ins and outs of the early read process since more and more schools are allowing for this step as part of athletic recruitment. While it is a great advantage to have an early read, it is important to fully understand the varied nuances described here. Additionally, it should not be deduced that not getting an early read (either because the school does not offer one or a coach is saving limited offerings for more high priority recruits) will necessarily negatively impact the recruitment or application process at a school of interest. 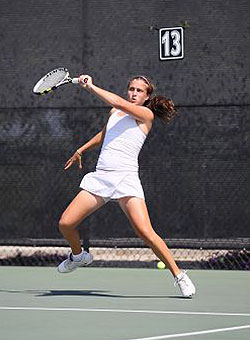 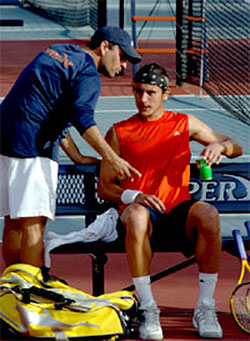